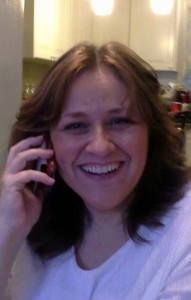 to be who God created me to be! 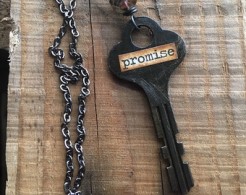 Have you ever had a promise or a thought that you should do something that seemed so bizarre, so beyond what you felt that you could possibly do, so impossible that you weren’t sure if it was meant to be?  Yup – me too!  I was recently reminded of this story and I share it in hopes that it too will encourage you to press on and pursue that thing that’s before you, that thing that seems impossible!  Fulfill part of your destiny…

So, here I am doing this Life Group with Bill Johnson’s Book “Strengthen Yourself in the Lord” – which by the way, is an amazing book!!  Last week’s lesson was sharing different lessons in scripture where people were given promises.  In order for their promise to be fulfilled, they had to do their part and activate it.  We can have a great vision or word from God but if we don’t do our part, we can’t blame God for it not coming to pass.  For example, if Abraham didn’t leave all he knew to follow God’s promise and have an encounter with Sarah, he never would’ve become the father of many nations.  Personally, one example of this that came up during our discussion time was the remembrance of our home and how it came to be.

The year was 2002, Dan and I had been living in a house we rented in Southington.  The landlord had just told us she was increasing our rent $300.00 a month (from $900 to $1200) – wow!! That would blow anyone’s socks off who was living paycheck to paycheck as we were, whether you were supporting a family of 6 or not, right?  We knew that it was a sign that we were to move but where?!  At the time, we needed at least 4 bedrooms and in all honesty, with our son’s autistic outbursts at the time, we knew apartment living would be challenging for any neighbor that might be connected to us wall to wall.  Thus, the pursuit for a new place to live ensued.

We began to look at apartments but the look became challenging, as places with 4 bedrooms were limited and/or costly.  A friend at the time told us about a Farmers loan (I believe it was a USDA loan) for those with limited income, that was available in rural areas and so we looked into it.  At the time, there was also a program for first time home buyers that we took, to try to inform us on the process of purchasing our first house. Now, I have to tell you up front – we didn’t have two nickels to scratch together (o.k., well, maybe 2 nickels… but not 3 -hahaha).  In any case, we looked into this program and through much paperwork, we were pre-approved for a loan for x-amount of dollars.  It wasn’t for a whole lot of money but God brought a realtor to us who was willing to pursue the process with us – Deb Stewart, who, by the way, is an amazing realtor – with the patience of a saint and a heart of gold!

The adventure began! Deb would call us with some potential homes in our price range and we began the looking process.  We looked for a couple months but the homes were either too small, too expensive, needed too much work or too rural!  It was June and in my heart I had pretty much given up; I knew that a closing would take a couple months.  With the kids and schooling, I didn’t want to have to transfer them during the school year. I had already determined that if we didn’t find a place by the end of June, we would have to wait.  I didn’t tell Dan that I had given up looking to buy but I had told God that I had. We were still looking at apartments too, as either way, we needed to make a move by the end of summer.

Low and behold, the church I was going to had a Prophet by the name of Allen Arrowood come and share for one of our services.  Now, to those of you who may not know what that is – the bible talks about the apostle, prophet, evangelist, pastor and teacher.  People in some circles think that these things that happened in the bible no longer happen today.  I get it if you’re one of those who don’t believe; I was there too.  The church I went to growing up didn’t teach us that the bible was for everyone to learn of God and have a relationship with Him.  We thought it was only for the guy in the pulpit.  In any case, they do exist today and this guy was living proof.  The prophet has insight from God that he wouldn’t otherwise have – to build up, encourage and edify us in our walk on life’s journey.  That night Allen had many words for different people regarding where they were at and where God wanted to bring them.  I can’t remember the exact word that he said during the service that pricked my heart but what I do remember is going to him after the service and him praying for me.  He started out by sharing about another situation I was going through.  In the month prior, a part of my past had surfaced regarding my 1st born that I had been so ashamed of for 20 years.  I had gotten pregnant with a married man’s child and swore I would never tell the biological father, as I didn’t want to ruin his marriage or his family.  For all these years I had tucked this away in my heart.  Those closest to me knew of it but I never exposed who the man was.  Well, due to a series of events, the whole truth came out and I was in the middle of walking it out.  Allen began by saying God had come to heal this area with my daughter and like an hour glass that had gotten bottle-necked, God was going to unblock all that had kept me locked up inside.  He then went on to say, ‘and God wants you to know that you are going to have your house.  Don’t give up looking because it is right around the corner’.  Say what????? Who told him all that???  Only God!!!

That night, I knew we were to pursue our house shopping!  In the next month we looked at a couple more.  Finally, we looked at this ranch with 4 bedrooms and somehow, I felt this was the one.  The only – well, o.k., one of the problems with this house was that when you stepped into it – it smelled of animals and smoke.  I remember asking my brother-in-law if we could get rid of the smell, because if we could, I could picture it being redone.  He assured me Kilz would take care of that and so we put a bid in.  It needed major work, all the floors had to be taken out and replaced, along with many other ‘fixings’ that had to be done.  We put a bid in and prayed that if it was meant to be, it would be; if not, that the door would close.  Miracle of miracles, the bid went through and as we pursued the promise, as given through the prophet, before our eyes, it unfolded.

The days ahead were a whirl-wind. Not only were we getting our new home but in the midst of it all, my oldest daughter got to meet her biological father and half-siblings, that she didn’t know had existed up until this point.  I remember being in California for her 21st birthday and getting a call from the realtor that the closing would be the week after we came home.  Wow, God was so amazing through it all!!

The one thing I saw in all this was that although the prophet came and gave me a word, we had a part in activating it.  If we had never done the legwork and kept the promise in front of us, we probably would have settled for staying where we were, with the higher rent, rather than finding our own home with a lesser mortgage.  There are times the promise takes time – as in the promise of our children’s healings; but, there are other times as with our home, that it seems to come sooner than later.

One of the things our lesson this past week taught us was to remember to keep the promise before us and to bring to remembrance all the promises that have already come to pass; or to hear the testimonies of others and know that if God has done it for others, He can do it for us.  In the bible, when David was out in the field tending his sheep and the prophet told him he would be a king, he still had to do the practical everyday things until the promise came to pass.  When Joseph had the dream and went through all he did, he still had to keep his eyes on God and trust that God would bring it about – in spite of what his brothers did to him, in spite of what Potiphar’s wife tried to do, in spite of all he endured in prison.

What is that dream or promise you have before you?  Does it seem impossible? Does it seem like it’s taking forever?  Does it seem like people you feel should be helping you are getting in the way?  Could it be possible God is using all these things in your life to build your character to see if God can trust you with something greater?  I remember sitting in my small 4 room apartment in 1984 as a single mom and hearing God tell me, take care of that which is another’s; be faithful in the small things if you want to have bigger things in your life.  Maybe our dream needs a stronger foundation and it’s taking a few more years for us to develop that; be patient for it will come.  I’m sure Abraham, David, Joseph and others thought they might never see their promise but they kept their eyes on the promise giver, in spite of the distractions, and God honored them.  They practiced loving God in the secret place when no one was looking, before they were put on display for the world.

Is there something you can be doing to walk toward your promise (as we did in house hunting)?  Begin to pursue it and trust God to open the doors that need to be open and close those doors that should be closed.  Keep the vision before you, for it will surely come.  Rather than complain in the desert, give thanks for all He has done and share with someone the testimony of all He has done.  Through the process, strengthen yourself in the Lord and watch what amazing things He will do in and through you!!  Love ya and can’t wait to hear your story!

One thought on “Pursuing the Promise – the House Given!”